The Importance of Deciding to do it 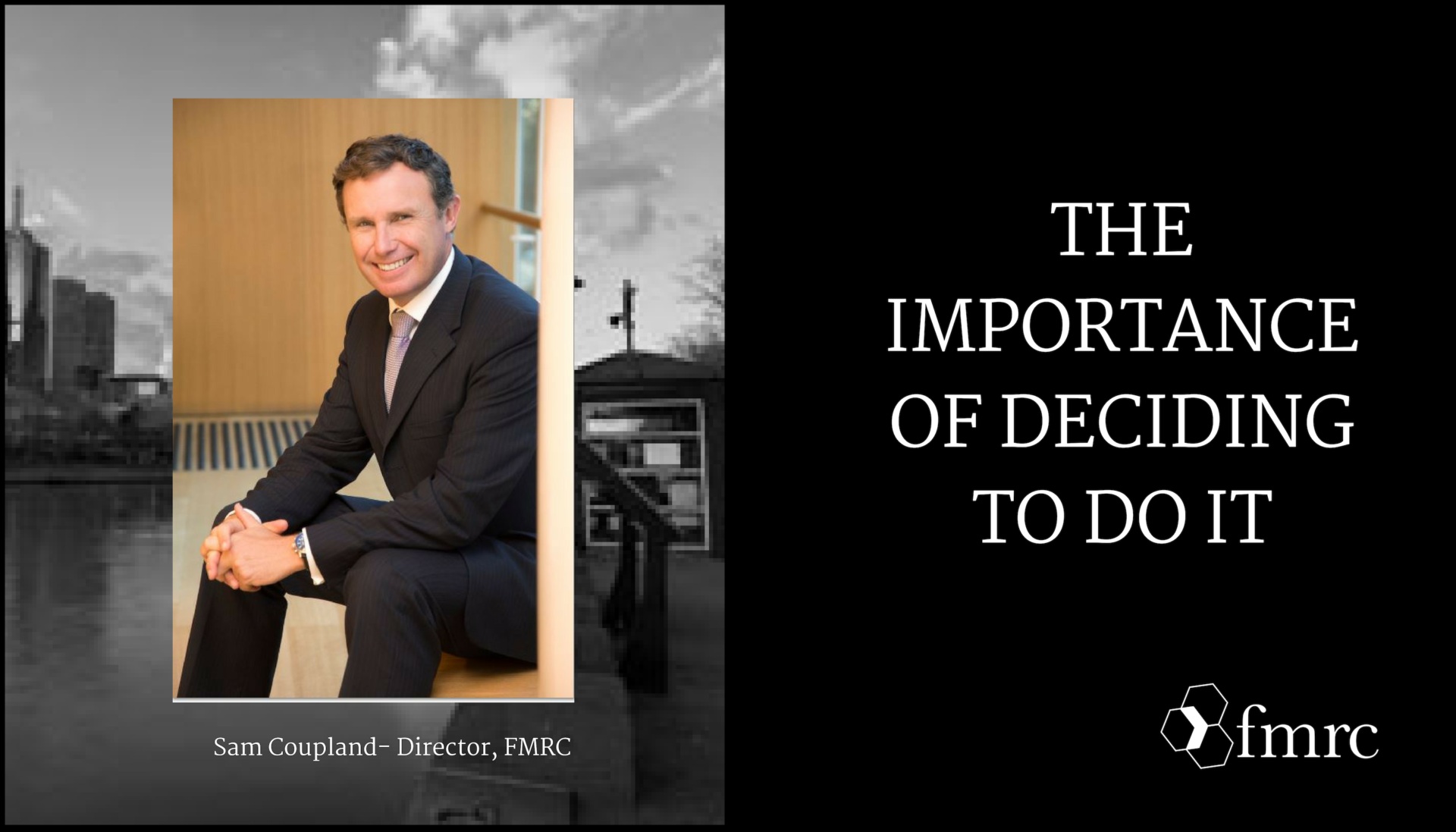 Two consulting engagements in the past couple of months illustrate why some firms fly and some firms flounder, particularly in the smaller end of the market.

There were a lot of similarities about the two firms. There were the objective measures such as revenue and number of partners, and you could throw a blanket over each of them in this regard. They were both regional firms operating in buoyant economies where they were the dominant, go-to firm for commercial work in each market. Both were around a two-hour drive from a capital city.

In many of the subjective measures they were similar. The partners liked and respected each other, staff were content with their jobs but not necessarily all with a highly driven work ethic. By all reports clients were happy.

The first firm had been generating reasonable profit for the past seven years. In dollar terms, the returns to the partners had pretty much flat-lined since 2010, but adjusted for inflation the partners were going backward financially. The partners were acutely aware of where they were heading and were all busy paddling to try to correct the course. When we took an objective view of the practice it became evident that any measures implemented to improve profitability were immediately undermined by certain behaviors or expense blowouts. Strategy could best be described as a scramble.

The staffing structure of the firm was out of alignment. Practice groups and individuals had been bolted on without a partner in charge of the group or solicitors having any line of reporting to the firm or management. The firm had disproportionately high ratios of support staff to fee earners. This had arisen for a number of reasons – full-time staff returning as part-timers, fee earners leaving the firm – but it was largely a tail wagging the dog scenario in terms of who had the clout in the firm.

None of these problems had been corrected because the partners were solely focused on staying afloat on a month-by-month basis, which often meant grinding out the fees themselves.

The second firm was a sharp contrast to the first. The strategy session was a little daunting as this firm was one of the most profitable regional practices I have been into. This high level of profitability wasn’t just a spike; they had steadily ratcheted up their profits over a 20-year period. Everything they did was gold standard.

Financial success for the second firm was not really a magic formula. What set them apart is that they actually did what they agreed to do. On the revenue side they were totally focused on capturing all their time, even if clients were being billed on an agreed-fee basis. Partners set the tone, with all billing in excess of 6.5 hours per day. Employed fee earners had a hard floor of 5.5 hours per day, with the subtle message that no one progresses by doing the bare minimum.

Leverage in the firm was fairly low, as they wanted to ensure that there was full utilization. Expense management was also a feature, particularly in regard to the support ratios which were the lowest I have seen in a firm with a ‘traditional’ structure. All fee earners were computer savvy, and the firm had invested a lot of time and money into precedents and workflows to cater for the low-support levels.

I should note that the people in the firm were all happy – they didn’t feel like they were being exploited. They were well paid and just got stuck into work when they were there. The amount of weekend work or late nights the lawyers put in was not excessive, but similar to what one would expect of any successful firm.

The tone of the strategic-planning retreat was for the new crop of partners to decide whether they wanted to continue with the culture and direction that had served the firm very well for the past two decades. Given the financial rewards, it was not surprising they did.

A standout for me occurred when, during a break, one of the partners retrieved a strategic-planning report from 1991 – he had found it in a recent office move. It was essentially a blueprint for success and was a list of around 50 agreed actions and behaviors that members of the firm would adopt. The content of the report was as relevant today as it was 26 years ago – the differentiator is that the partners actually did what they said they were going to do. I am sure that over the years there were a few wobbles, but in essence as new partners came through the practice, they bought into this culture and way of practising.

Perhaps members of the two firms will recognize themselves here. I am not being critical of the first firm as it is probably representative of the majority of firms out there. This article is really about the attitude adopted by the second firm which, all things being equal, is in reach of all of us: It is just about deciding to be successful, and sticking to a plan.