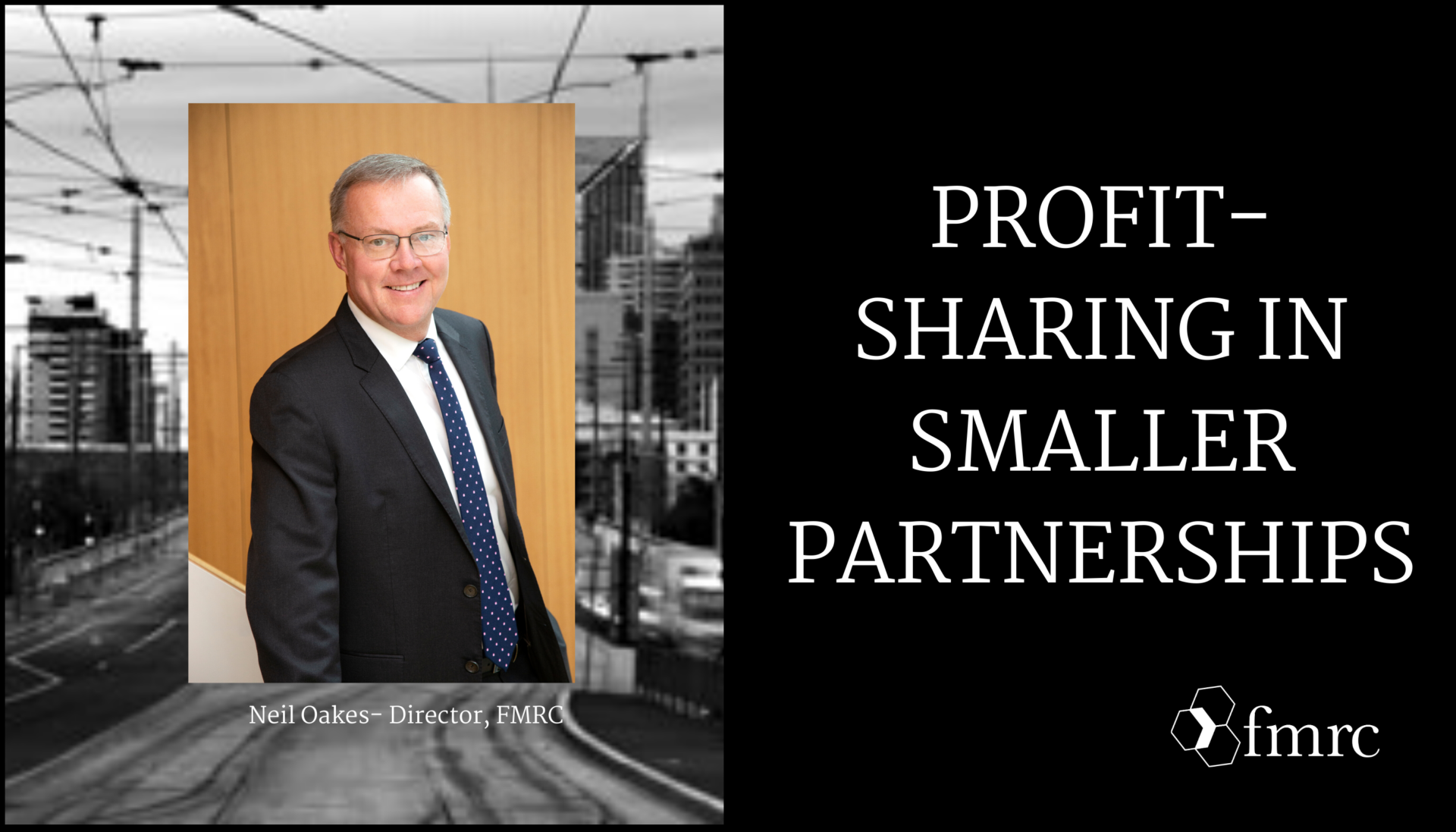 What about small partnerships (where the majority of practising lawyers are to be found)? All of the issues around performance and sharing that pop up in large firms also exist in small firms. Furthermore they often exist in environments of greater complexity, not lesser; layers of complexity – like familial involvement; long term, perhaps even multi-generational, friendships; longer-term career progression (articled clerk to equity partner is not an unusual journey within a small law firm); equity purchase involving ‘goodwill’; and self-funding for day-to-day cash-flow needs – are but a few added complications. To date, equal sharing and suppressed (if not silent) dissatisfaction have been the default ‘easy options’.

In the past, partners currently in their 50s and 60s were, by and large, comfortable with (or at least tolerant of) equal sharing. This was basic portfolio theory in action: ‘I’ll be busy when you are not and visa-versa. If we share equally, all will be better off over time’. Theirs has been a career journey that coincided with the big shift in law firms from ‘cottage artisans’ to managed commercial businesses that occurred throughout the 1980s and continues still. During this period, hierarchies became less important and specialisation more important. Still more significant, measurement and ‘accountability’ became central to ‘good business’. ‘Performance’ emerged as a construct that applied more to the individual than the collective. Not coincidentally, theirs was also a career journey that has seen a significant increase in the financial success of law firms. Many of these partners commenced with modest income expectations, expectations that have been ratcheted up over time.

Simultaneously (in Australasia for sure and likely elsewhere), as business cycles lengthened and corporate memory shortened, portfolio theory as a risk-management tool became less significant. ‘The next downturn’ used to be five years away. Now, any lawyer in Australia under 50 years of age hasn’t practised through an economic recession. Of course, ups and downs, busy times and quiet times still happen, but younger partners seem significantly less fearful of the prospect. These partners seem to be attracted to a more immediate ‘this year’s reward for this year’s performance’ approach. Many of these younger partners started with relatively high income expectations.

In these circumstances I usually suggest that firms set aside a proportion of the net profit (before principals’ salaries) to be used as a bonus pool. The purpose of the pool is recognition and reward. (A side note: Theoretically the prospect of reward should provide an incentive to improve, but invariably it doesn’t. My advice? If you introduce a bonus pool as a behavioural change strategy you can avoid disappointment by lowering your expectations now!)

I have seen a number of approaches to allocating the bonus pool:

Of course, any of the systems that I outlined in my last article could also be made to work in small firms. I do however want to wave one warning flag: differential profit-sharing (i.e., anything other than equality) consumes valuable partner time and in extreme cases gives rise to bureaucracy. Small firms can afford neither.

If unequal sharing is to work in a small partnership, in my experience the methodology needs to be transparent, understood by all partners, meaningful (not token) and, above all, trusted.