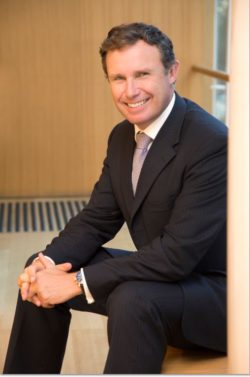 Sam’s consulting work is predominantly providing advice to smaller partnerships.  These firms are facing increasing demographic and economic pressures which they feel ill equipped to face on their own.  In any one year he would be engaged by 50+ firms to assist with strategic planning, partner compensation, equity valuation and succession related issues.

Sam is considered the foremost authority on law firm valuations and would value more law firms than anyone else in Australia.  He has developed a robust valuation methodology which calculates an accurate capitalisation rate that assesses the risk profile, cash flow and profitability of the firm.

From a training perspective, Sam is involved in presenting at conferences as well as developing and presenting the following FMRC programmes:

Sam has written articles on legal practice management topics that have appeared in the Law Societies / Institutes of NSW, Victoria and Queensland and related journals in Australia and overseas.

Prior to joining FMRC Sam’s professional life saw him working at Ernst & Young for four years followed by a stint in London conducting due diligence on businesses listing on the London Stock Exchange whilst working for Smith & Williamson.

His outside interests are probably more accurately described as ‘things he used to do before the realities of having a young family kicked in’.

Subscribe and stay updated with our latest news & events