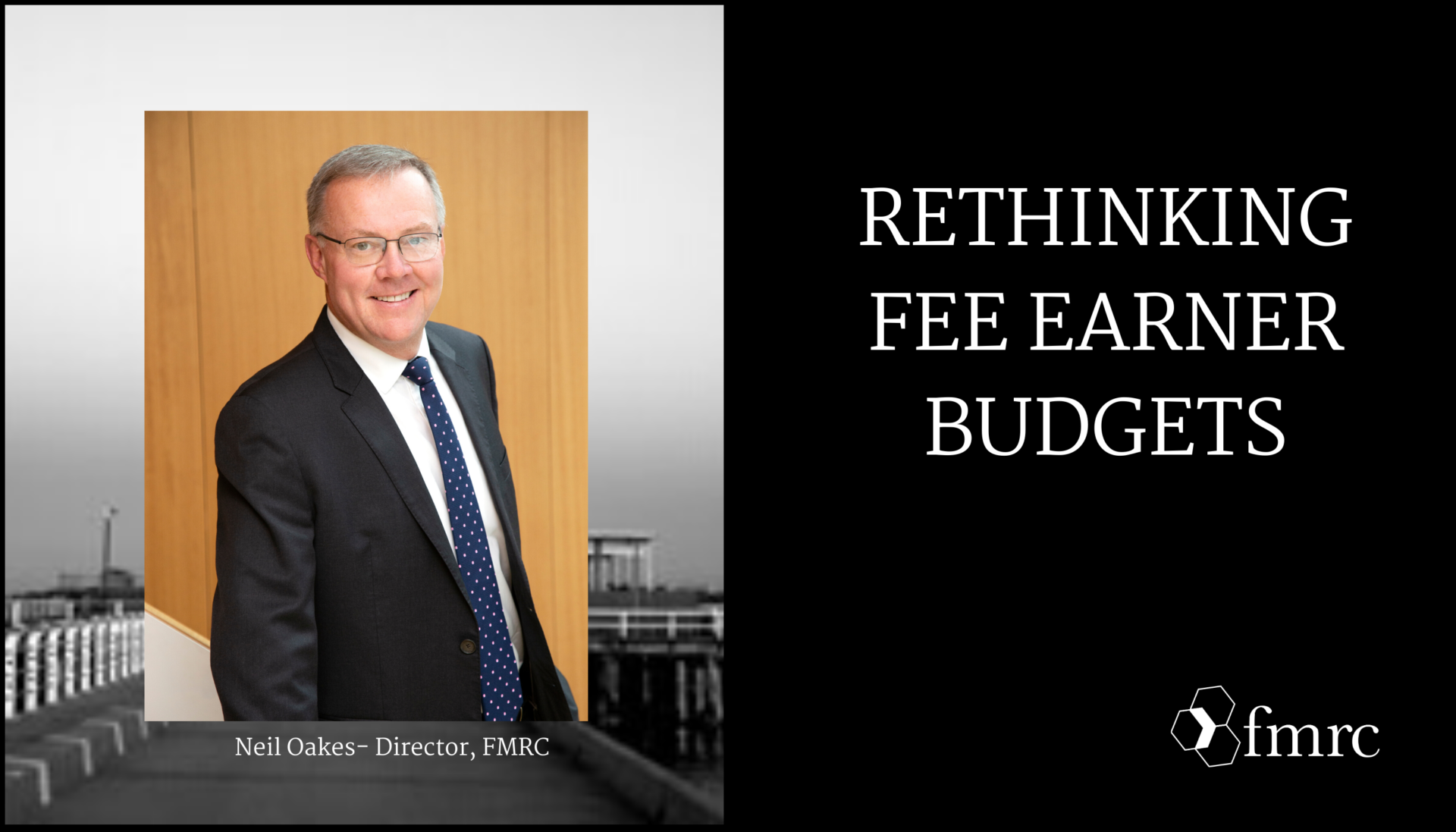 Law firms of all shapes and sizes have been setting fee earner budgets for many years. In many firms this process has involved some common and consistent features:

Fifteen years ago it was common to encounter salaried lawyers who really grasped the ‘pay is a function of performance’ thing. At some stage in the recent past, phenomena around pay and performance seem to have changed. Most salaried lawyers seem to be of the view that they have an externally determined market worth. Everyone, it seems, has a like friend in Firm X who gets paid significantly more.

I appreciate the logic of requiring (hoping that) an employed fee earner will bill and collect 3.5 times their market salary, to pick a figure; however, I am unconvinced of the desirability of a direct function existing between salary, budget and, inevitably, price. Why should salaries increase simply because price increases, or why should price increase simply because market salaries increase? In both these circumstances, what we are asking an employee to do (what we’re paying for) remains unchanged.

Regardless of pricing methodology, the perceived value of legal services should determine their price. ‘Value’ is a difficult concept to quantify (in large part because it is a qualitative concept) and is ultimately judged (and therefore determined) by the client. That said, a market price range also exists for specific legal services. Whether that’s a fixed price or an hourly rate by and large doesn’t matter. Most clients will look at the total cost and make the value judgement. I greatly doubt that that judgement process involves consideration of a lawyer’s ‘year of practice’ (1st year, 2nd year and so on), but this is often how we price, compensate and budget.

In any single year some fee earners exceed their budgets and some don’t. Some firms monitor budgets regularly and some don’t. Differences do exist. There is however one repetitive similarity that exists in most firms that I have encountered: most employed fee earners perceive that hitting or missing their budget has little to do with them. They usually perceive it to be a function of the amount and the quality of the work that they are delegated by partners. In the last ten years, I have encountered significantly fewer employed lawyers who created and built their own client base than I used to encounter during the ten years prior. Nevertheless we press on with a system that implicitly assumes that all fee earners are capable of client acquisition and development.

Of course, some firms do not require or expect this of their people. If partners source all work and delegate it to employed fee earners, why beat them up with a budget? Give them the work and the timeframe required to complete it, make yourself available for queries and do all the good stuff vis à vis managing people that so many people have written and spoken about, and let them get on with it. You don’t need an author budget to know who is performing and who isn’t.

By replacing author budgets with an enforced standard of minimum acceptable contribution, you can remove the distraction of the budget and rely on an individual’s innate desire to achieve – a feature common to most of the lawyers that I meet. Employed fee earners won’t slow down when they hit a budget target – because there isn’t one. They won’t coast due to the budget target being inconceivably difficult – because there isn’t one. They won’t develop an entitlement mentality simply because they achieve a budget – because there isn’t one. Their market worth is their market worth, not thirty percent of their budget, as recruiters would have us believe. Furthermore any returns that accrue from pricing at true value, regardless of who does the work, accrue to the organisation, not the individual (who was only doing what they were paid to do anyway).

Don’t panic! All of my clients who do this have improved the performance and the culture of their firms. None of them dropped to the levels that minimum acceptable contribution alone would create. Their lawyers work hard and are appropriately rewarded, they are valued for their total contribution, not their performance relative to budget, and those fee earners that formerly achieved about three chargeable hours a day (it’s more common than you think: the average for small Australasian firms is about 3.8) actually don’t work there anymore.

Try this on for size: “Here’s your budget. It is 3.5 times your salary. If you exceed it, we’ll pay you one third of the excess billings.” Sound familiar? I see this quite a lot. Partners tell me it works well, but employed lawyers usually have a different view. They see it as unattainable, far from motivational.

Bonuses are increasingly being used as a risk-management strategy, not a tool for motivation. Rather than commit to a higher salary, firms are minimising the risk of lesser performance by paying a lesser salary with the prospect of a ‘top up’, subject to performance. This is a credible strategy but it is a risk-management strategy, not a motivational tool. Most lawyers see their worth as being their base plus the bonus. It’s difficult to motivate someone to work above and beyond by paying them their perceived worth: it’s a basic entitlement that can only serve to remove dissatisfaction.

In other industries where bonuses drive performance and behaviour (think real estate or investment banking) a common set of phenomena seem to exist. Firstly, bonuses are more immediate and more frequent, secondly bonuses are a much bigger proportion of total pay and thirdly, bonuses seem – to me – ludicrously large.

The bonus schemes that seem to work in law firms don’t assume axiomatically that money motivates performance and drives behaviour. (This is an assumption that often fails when applied to partners, let alone staff.) They are usually opt-in schemes designed specifically for employees who are perhaps a little more entrepreneurial than most. They are paid regularly and often, and they are often a significant proportion of total pay. Most importantly they compensate total performance – not just billings relative to budget.

It’s difficult to manage and administer individually tailored compensation systems, but they work. Employees are better engaged, more productive and more inclined to be better partners in the future.

Anecdotally, 2019 was a solid year for most practices throughout Australia and New Zealand. It has been a long... Read More

In my most recent article, I looked at some alternative options for profit-sharing among law-firm partners. All of the... Read More