In Defence of Holidays 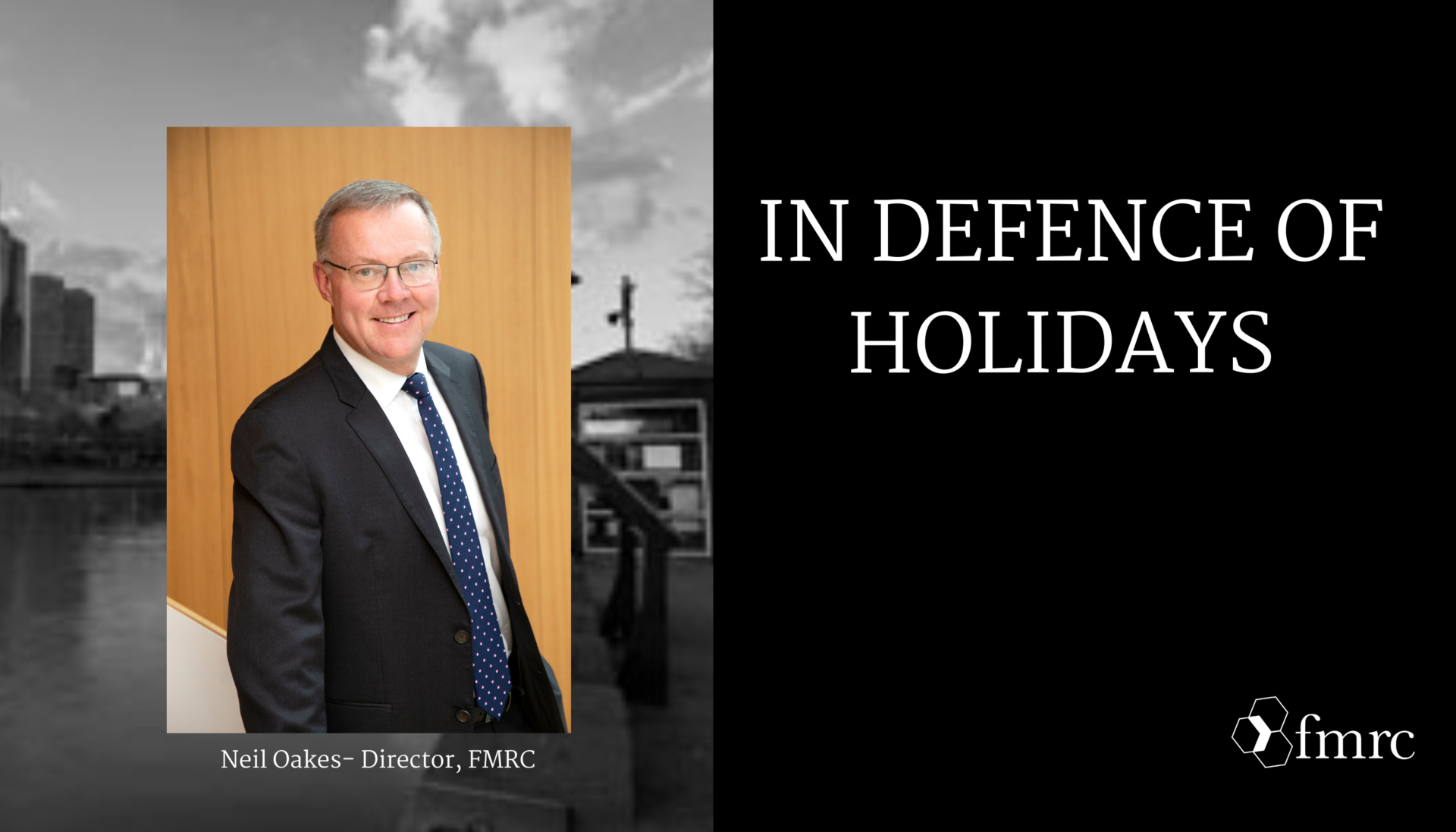 I’m on holiday. On vacation (Verb and Noun; fixed period of cessation from work), not doing work stuff, painting the deck, swimming, walking, surfing, flagrantly abusing new year’s resolutions to be healthier and taking stock of me and mine. We have poor mobile coverage at the beach so we just switch them off. We get the odd power outage so rather than risk malfunction it’s better to turn the computer off, for a month. The work telephone rings, capable others answer. Life is good. Batteries are being charged.

That said, it’s my turn for an Edge International Communiqué article so here I am. How good are holidays? I suspect that for too many the serious world we all now inhabit – that world of client service, employee engagement, the ubiquitous innovation drive, external and internal competition – has placed the annual summer holiday on the endangered species list.

It’s a shame really. I regularly encounter partners in law firms of all shapes and sizes who wear a ’20 years tired’ expression. I’m no clinician but as an industry we don’t rate well on the mental health front. Insufficient and / or inadequate vacation time must be a contributor. Nobody ages faster than a president, prime minister or law firm managing partner

I won’t delve in to the significant body of scholarly literature that extols the virtues of regular complete breaks for partners and employees principally, because it seems rather churlish to do so. I also understand that it is rather trite advice for folk who are in the ‘all hands on deck’ stage of life, with mortgages, school fees, etc. I also appreciate that some people think that they are happiest at work, contributing, being productive, and chasing the next big deal or matter. (By the way, I don’t believe it for a minute. This belief points to a management failing somewhere and an unbalanced individual.) Productivity bonuses don’t help.

I’ve met many partners (and senior associates for that matter) who feel that they must remain contactable at all times, who have to do it all themselves and who, no doubt, are at peek stress when they are forced away from the office. If this is you, just reflect for a minute on how this behaviour impacts those mere mortals around you. It’s a leadership thing! Employees should be encouraged to take time out to refresh, but they won’t be if the most powerful partners aren’t role modelling. There are a significant number of capable people who have been burned out over the last several years because vacation time was and is discouraged, either implicitly or explicitly.

I think that all busy professionals should be encouraged to plan their year. Put the breaks in first, important personal stuff next and then fit client work around those plans. I have been doing some reading during my break. I’m following the discussion around employee engagement, lowering attrition rates of talented millennials, and the growing literature on mindfulness. There are good arguments both for and against these constructs, by the way, even though many have embraced them as axiomatic virtues without reference to the data. It would seem that there are two highly effective strategies for achieving higher levels of productivity through these processes (if indeed they can be proven to work): inclusion, and regular time off (the encouragement of a balanced life).

Here’s just a silly observation that i have gained from spending a bit of time glued to the Australian Open Tennis (it’s an annual addiction. I’m sorry): all of the great champions that we’ve come to know are currently being beaten by young ‘disruptors’ we’ve never heard of. Novac, out in the second round, Sir Andy out in the third, Raffa plays tonight. Interestingly, the player who currently looks the most dangerous and the first into the quarter finals is the oldest guy in the show. He’s the only one who had six months off last year. Go Roger.

Back at work and more serious next ed.

Dr Neil Oakes has been a director of FMRC for 24 years. He assists firms with strategy and profit growth, partner/director management and profit sharing, key talent management, management structures and succession management.