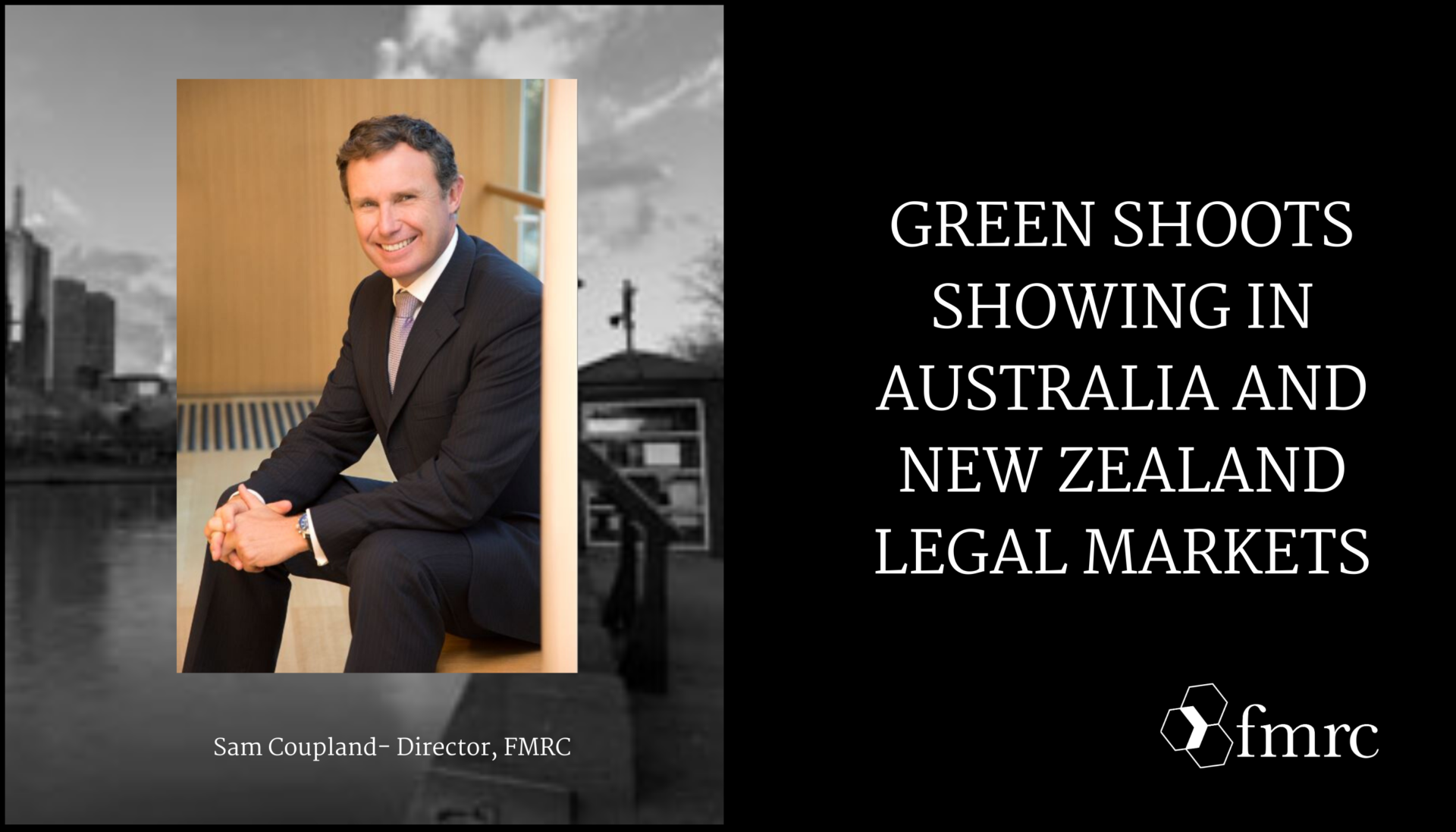 After a number of years of patchy performance, the legal market in Australia and New Zealand appears to have found its feet and is performing strongly – that said, those plucky Kiwis probably climbed out of the slump a little earlier than 2016.

There is always a danger in making sweeping generalisations about an industry comprising more than 15,000 entities, so I will focus my comments on the more established firms in private practice – say those with revenue north of $2m. Even in this group, I will split it into smaller firms (revenue $2m -$20m) and the larger practices (revenue $20m+). Below are my views, or a non-exhaustive list, on what has contributed to the turnaround.

A rising tide floats all boats and both the New Zealand and Australian economies have seen business shake off the shackles and get on with it. In Australia, there appeared to be inertia in the lead up to the election but once it was over there was no longer an excuse. As a result, after a quiet couple of years, commercial and property practices have kicked into gear as have some of the more specialised practice groups.

A mindset change with staffing

I have noticed partners in smaller firms are not giving as much thought to the nebulous idea of succession. In the past it seemed many firms were carrying surplus fee earners with the vague expectation that many of this crop would be the successors of the current partners. This was despite the current partners having no interest in retiring, let alone transitioning clients.

Now we are seeing leaner staffing levels and busier partners. When the disillusioned ‘successors’ have found greener pastures, they have only been replaced after a cooling-down period if workflow demanded it.

When faced with the departure of a fee earner, a number of firms are replacing them with a contractor and in effect ‘buying an hour to sell an hour.’ This is being made significantly easier with specialist businesses offering this contracting service to the private profession. Some firms also have their own contracting arrangements in place, often with former employees.

The percentage of revenue spent on employee salaries has trended upward for the past 20 years. This is largely as a result of the inflationary increase in the dollar amount of salaries. One thing that has tempered the increased salaries margin is leaner support levels. Among larger firms the average is now 0.69 total support personnel per fee earner. Smaller practices have a much greater range – there, I am seeing some firms with no support outside of the accounts function, through to others that have one secretary for two lawyers plus a hefty complement of back-office staff.

There is no doubt that technology and the familiarity and enthusiastic adoption by the younger generations is enabling the leaner support levels.

Hours charged to matters has been trending downward for all categories of fee earner for a long time and all indications are this will continue. There are likely a number of factors contributing here, most of which revolve around a view that clients have the upper hand and fee earners are juggling a well-understood client expectation in terms of price and quality with the realities of delivering on the job in a competitive market. Estimates have become quotes, and there is little enthusiasm from clients for an estimate to be revised when the matter is underway.

Price rides to the rescue

The key metrics of hours and profit margin have continued their steady decline. The profit margin is being squeezed largely because salaries are increasing at a faster rate than revenue growth. Hours have been addressed in the previous section. The only thing that has picked up the slack is rate.

This may seem to conflict with what is being reported or even the general mood in the market, but where firms are able to charge hourly rates, they are doing so at all-time highs. How long this will continue is an unknown, and there is no doubt there is a trade-off between hours and rate; however, we must be about to level out in terms of price in the near term.

Change in the legal profession has historically been incremental and is likely to continue that way. There are a number of firms which are doing things differently, and new players with a different pitch or approach will emerge.

There appears to be a real appetite to try something new particularly if it leads to reduced overheads or could lead to the firm having a somewhat variable cost base. This means that when there is evidence of a firm doing something particularly well that leads to operational efficiency, it will be a relatively short time before it is adopted by other practices.

I expect the pace of operational change will increase and this – along with an improving market – will lead to better financial times for good firms in the next couple of years.