Are Traditional Profit-Sharing Models the Enemy of Diversity? 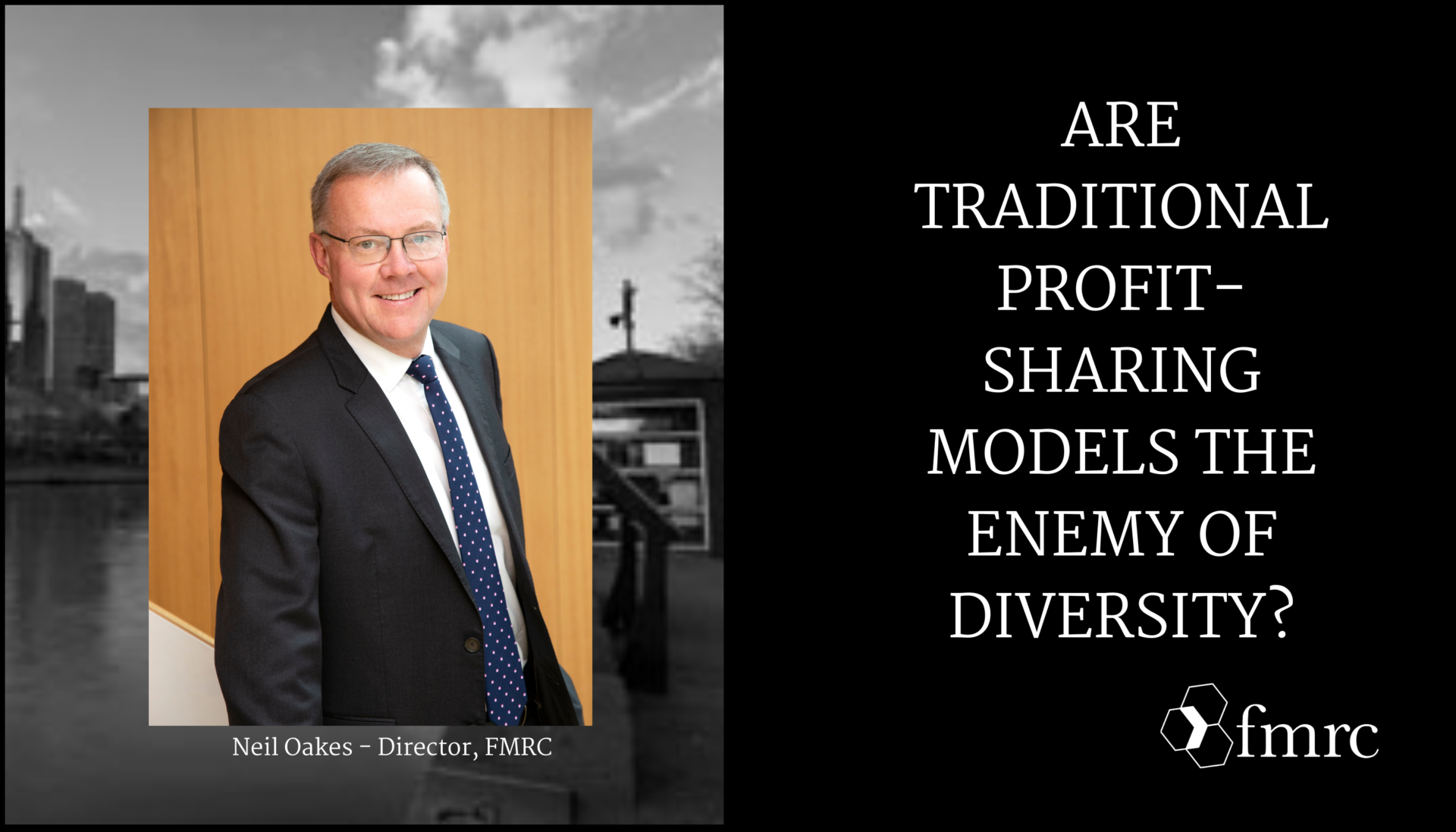 Methodologies for sharing profit among equity partners have been an interest of mine for many years. Some time ago I wrote a doctoral thesis on the behavioural consequences of alternative models, in particular the impact of various models on equity partner diversity.

When I started monitoring and consulting law firms in the late 1980s, equal sharing was the norm in Australasia; it is still common among many mid-sized and smaller firms in Australia and among all firms in New Zealand. While the number of performance-based sharers has significantly increased, many of these firms apply performance measures “at the margins,” with 80% of partners clustering around a new equality. The top 10% are topped up and the bottom 10% bashed up. Origination credits have not been institutionalised in Australasia to the same extent as in North America, although that is beginning to change. ‘Performance’ often includes an assessment of subjective contribution, but by and large it usually comes down to ‘fees controlled’: individual partners’ billings, their teams’ (direct reports’) billings, and work introduced to other partners.

There’s nothing new in all that. It’s the way we’ve been doing it for ages. Law firms see themselves as meritocracies. We promote people to equity partnership and compensate them accordingly. I suspect that’s why law firm partnerships seldom resemble the diverse nature of the annual graduating classes of lawyers. We’ve assumed ‘merit’ as a virtue axiomatically, but what does it really mean? Judging by the overwhelming majority of equity partners, it means doing what all of the white, middle-aged heterosexual men did, ‘performing’ and ‘contributing’ in the same, full-time manner. The individual sinks or swims on his or her own merits.

It is intriguing that despite the best of intentions, despite all of the investment in enquiries, diversity committees, and diverse graduate selection (even ‘blind’ graduate selection), and despite 20 years or more of gender balance among graduating classes (it’s actually an imbalance in favour of females), law firm partnerships remain very male, very white and very straight.

There is a growing scholarly literature around merit and diversity. I’ll develop this discussion in a future article. I would like here to concentrate on one of the root causes of partner homogeneity: traditional profit-sharing.

The underpinnings of equal or near-equal sharing are pretty obvious: portfolio theory (I’ll be up when you’re down and visa versa, hence risk minimisation), equal effort for equal return, and the greatest incentive to share clients and cross-refer. For these elements to coalesce in favour of success, partners need to contribute equally, for a long time, and in similar ways. Merit becomes a convenient verb for describing what all of our full-parity or equal-sharing partners do, and the way that they do it – in other words, role-modelling the successful, white, middle-aged men.

I regularly present in new partner programmes in Australia and New Zealand, and I often hear aspiring partners talk of their frustration with attaining perceived equal or near-equal contribution. They speak of the covert guilt that accompanies part-time or flexible partnership. They speak of inequity in opportunity. Who gets mentored by and wins the favour and friendship of influential senior partners? Well, not surprisingly, people like those partners (the next batch of white, heterosexual men). It’s as though many female lawyers and those from minorities perceive themselves as working in a different and separate workplace under the same roof with those who more closely conform to the traditional ‘norm’.

Achieving a greater level of minority-group representation at equity-partner level is a big and complex task, a task way beyond the scope of this brief article. There is however one thought balloon I’d like to float in the interest of greater gender equity among equity partners: share profits on the basis of contributed profit.

First, to profit, and an extreme illustration of the principle.  Most firms can measure this accurately, smaller firms probably less so, but it’s straightforward: partners’ billings, their team’s billings, fees referred to other partners, less the direct attributable cost. The partner with the highest profit contribution gets 100 points; others share proportionately. This would enable partners to enter much earlier. It would cater for part-time partners (if I can contribute more profit working three days a week than one of my full-time contemporaries, why should I earn less? Similarly, if I choose to work six days a week, why should I subsidise those on flexible arrangements?)

Profit-derived profit-sharing is educational. It encourages and rewards partners who structure their teams in the most profitable way. It also future-proofs the partnership. When the millennials arrive, they will require diversity and flexibility, and they will want the prize sooner. In five years’ time, compensating partners on the basis of fees controlled and time spent in the office will seem so ‘yesterday’.

Sharing entirely on profit contributed would be pretty extreme and probably a little short-sighted. Firms need to invest in practice areas from time to time, new partners need to be encouraged and supported, there are pro bono considerations, and the list goes on. I am just suggesting that measuring profit contribution in the mix (instead of fees controlled) removes a significant block to greater gender equity at partnership, and offers greater flexibility for all who want it. Think about it.