A Merger of Unequals 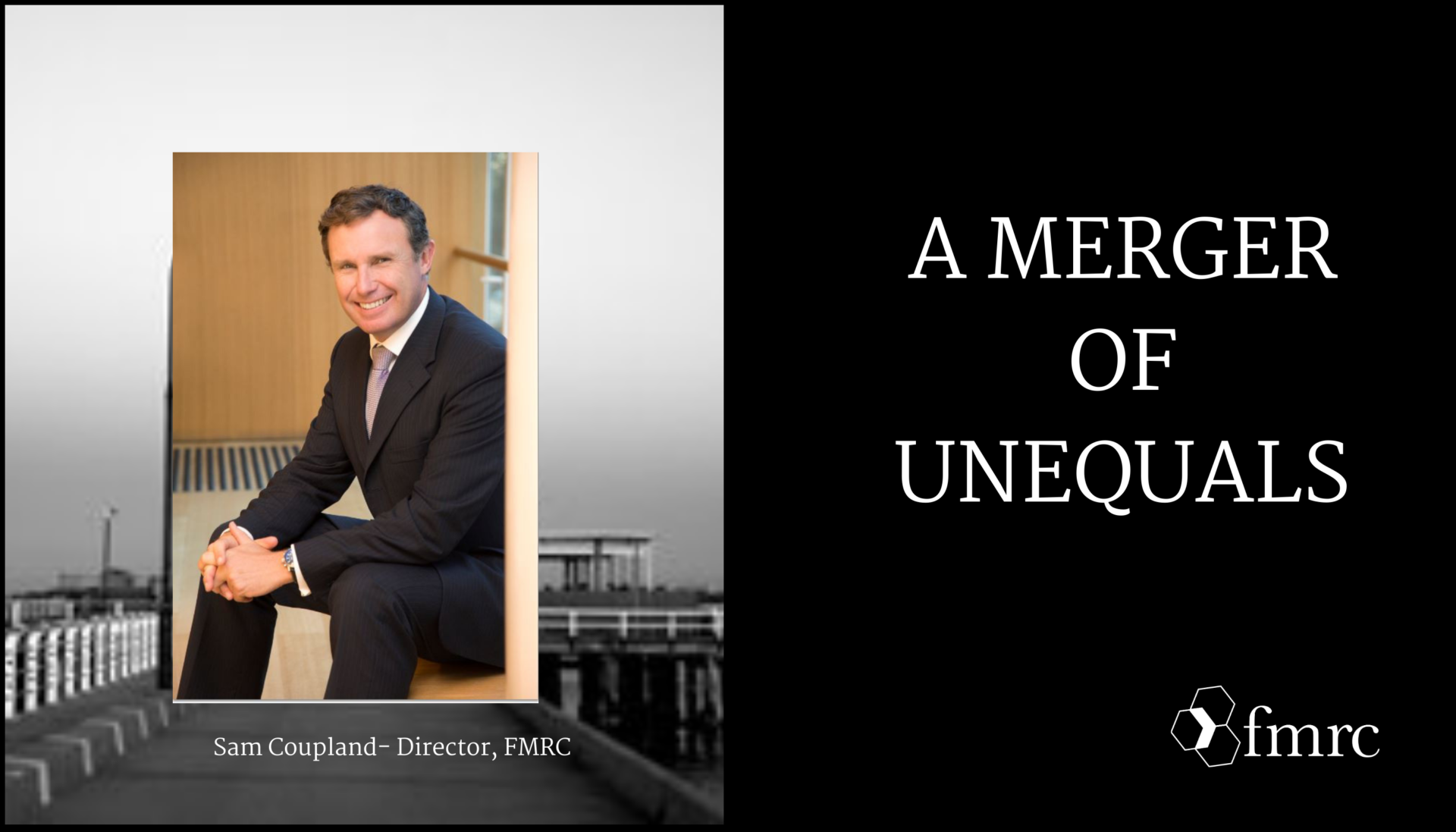 As the merger activity in Australia and New Zealand continues to gather pace we are seeing a variety of deals being struck in order to get a result.  Before any result is announced there are a number of phases that prospective merger partners progress through.

The first phase is all around willingness to continue discussions.  This phase is relatively quick and will often be streamlined if a broker or trusted advisor has brought the parties together as they will have been able to ascertain interest from both sides in the first place.  Representatives from each firm are able to put forward a fairly positive picture and behave themselves socially (or at the very least keep those unable to behave hidden) so it is unlikely things would fall apart at this point.  Meetings usually end with an intention to start sharing some high level data.

Phase two is to sell the idea internally.  Some would argue this should precede phase one and that the partnership should first give the green light to hold discussions with a prospective merger partners but the practical reality is that a CEO or Managing Partner would likely have a standing brief to seek viable options and present a discussion paper that the partnership can make its decision on.

The third phase is a light due diligence where financial information will be shared along with select client lists and personnel information.  It is at this point that the discussions will turn to what a deal may look like in the newly merged entity.  Where the firms are roughly equal in terms of profitability, operational hygene and client base it is usually a relatively straight forward deal.  Even if one firm is slightly less profitable it can be dealt with via differences in profit points for the partners in the lower profit firm. What often throws up some confusion is what to do when it becomes apparent that the firms are not really equal in terms of what they bring.

Some months ago I worked on a merger deal where the firms are roughly the same in terms of revenue and partner numbers but the profitability of one was significantly lower than the other.  The cause of this lower profitability was largely due to an inefficient staffing structure.  On the plus side, there was so much fat to be trimmed because of the merger (and indeed it was a condition of the merger proceeding) all partners were going to be better off.

Where contention arose was some of the partners in the lower profit firm felt they were contributing more because once the savings were made through streamlining their operations there was a feeling they should reap more of this benefit than the partners in the other firm.  The higher profit firm pointed out that these savings were only able to be made due to the lean structure and operational efficiencies they brought to the table.

Both parties had a point and there was respectful discussion to come to a solution.  Splitting profits based on the relative profitability of both firms was rejected as an idea because it was deemed too much of an administrative burden to undertake such a task.  Where it landed was that the profit pool would be prorated among the partners of each firm based on the fee revenue from each firms client base.  This methodology was transparent and encouraged the partners to focus on the bigger picture of bringing in more work rather than squabbling over cost allocations that impact profitability.

Like all sensible solutions this methodology has a two year sunset where it will be reassessed with a view to simplifying things further so all partners are in the one pool and share profits equally.

Many commentators have observed that there are almost as many profit sharing methodologies as there are firms.  This is particularly the case when there is a merger of unequals.  If the only thing that doesn’t stack up as a deal in a merger is the relative profitability of each party it would be nonsensical to abandon the deal without exploring all financial options.